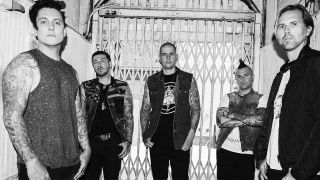 Avenged Sevenfold are no stranger to fans of smash hit video game franchise Call Of Duty.

Today sees the launch of the Operation Apocalypse Z update on the PS4 version of Call Of Duty: Black Ops 4, which brings legions of undead to the game – and rather than record another track, this time Avenged Sevenfold frontman M Shadows is a playable character in the game.

The news was revealed in a live stream with developer Treyarch, where Shadows called his inclusion in the game “a dream come true.”

Operation Apocalypse Z will be released on other platforms in the near future. Check out the trailer below.