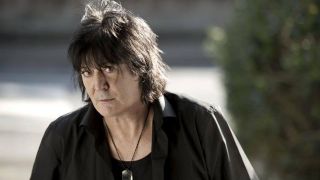 Former UFO bassist Pete Way has issued a statement to confirm that he won’t be taking part in the band’s 50th anniversary shows in 2019.

Last week, guitarist Michael Schenker ruled himself out of a possible guest appearance on the run, telling Classic Rock: “Bands like UFO and the Scorpions are trying to fool the audience, and I’m not a part of that world. It’s becoming a trend to make a big deal about playing last shows, and those bands do it because they can’t get anywhere in a normal way.”

He added: “For me, UFO only exists with the original five members, plus producer Ron Nevison. Phil Mogg calls his current band UFO, but it isn’t UFO.”

And in light of Schenker's comments, Way – who left the band in 2008 – has also moved to distance himself from next year’s tour.

Way says in a statement: “After the publicity which is currently surrounding Michael Schenker’s announcement that he most definitely will not be joining in with UFO’s advertised outing, I would like to make sure that nobody is under the illusion that I will be appearing.

“It is not made clear in the advertising. I will be touring with my new band – Paul Chapman will not be on guitar sadly but it was a pleasure to see him again.

“I wish UFO all the luck in the world and I am sure fans would like to see the original lineup but for me, I can only say RIP UFO.”

Earlier this year, Way released his autobiography A Fast Ride Out Of Here: Confessions Of Rock’s Most Dangerous Man.

UFO’s Last Orders - 50th anniversary tour will kick off at The Queen’s Hall, Edinburgh, on March 29 and conclude with a set at London’s O2 Shepherd’s Bush Empire on April 4.

Frontman Mogg – the band's only ever-present member – previously announced his decision to retire from UFO and will bow out following next year's tour.