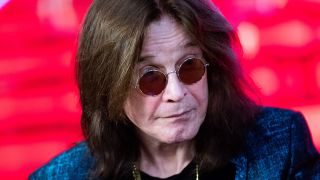 In April this year, Ozzy Osbourne was forced to postpone all of his 2019 tour dates after he fell at home, aggravating an old injury sustained during his 2003 ATV accident.

His wife and manager Sharon later described the extent of Ozzy’s injuries and reported he'd injured his back, neck and shoulders, dislodging the metal rods that the vocalist had inserted following the 2013 incident in the process.

Now, Ozzy has spoken to Rolling Stone about the fall and talked about his long road to recovery.

He says: “I came down really, really hard. I went slam – on my face. For the first four months, I was absolutely in agony. I was in agony beyond anything I ever experienced before in my life. It was awful.

"I’m taking physical and occupational therapy classes, but the progress is very slow. They say it’s going to take at least a year. I’m hoping that I’ll be OK and ready to go by January. I’m really keeping my fingers crossed.”

Ozzy also gives details about the surgery he had following the fall and how that’s affected him.

While Ozzy is working with occupational therapists he admits that progress is slow – and reveals he’s now on blood thinners after developing blood clots in his legs.

Ozzy says: “I don’t know where they came from. The nurse told me I have to be careful if I bang myself, because there’s a blood clot and all that shit.

Ozzy also reveals he’s recorded around nine ideas for songs and jokes that his next album will be called Recuperation.

The Prince Of Darkness is due to return to the stage across the UK and Europe at the end of January on his rescheduled No More Tours 2 shows.