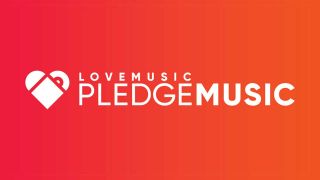 Nine months after artists began to raise concerns about the Pledgemusic crowd-funding platform, it appears that musicians affected by the company going into administration may not receive any of the money they claim to be owed.

“I do not anticipate that I will need to contact you again because there is unlikely to be a payment to creditors in this case,” concludes the Official Receiver S. Rose, in a report dated Oct. 21, 2019 and obtained by Variety. “If that changes I will contact you.”

A winding up order was made against Pledgemusic.com Limited in the High Court of Justice on July 31, and a notice posted on the Pledgemusic website advising visitors that the Official Receiver had been brought in to liquidate the company's assets.

The winding up order came five months after PledgeMusic founder Benji Roberts wrote in a blog post, "I will do all in my power to help the team bring this to a successful conclusion for the artists and fans as quickly as is possible. I am deeply sorry to those of you who have been affected by this."

Among the many artists affected by Pledgemusic going dark are Buck & Evans, who posted on Facebook: "PledgeMusic decided that our money (and hundreds of other bands’) looked better in their pockets and that was that; no real explanation offered... the company went bust and our entire record release budget had gone up in smoke.

"Unfortunately, it meant that the countless people that had Pledged received their copy at our own expense, only adding adding further insult to injury."

Many bands claim to have been forced to fulfil orders at their own expense, including L7, who wrote, "We honoured the orders of LPs and CDs to our fans of our album Scatter the Rats but the shipping costs have been mountainous, more than we expected due to recent United States Post Office increases, especially internationally."