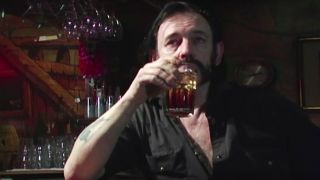 Motorhead fans are campaigning to have Jack Daniel’s and Coke known worldwide as “The Lemmy.”

The late icon was closely connected to the drink for most of his career, although poor health had forced him to switch to vodka and orange juice in recent months. Reports suggested that his favourite bar, the Rainbow in Los Angeles, ran out of Jack and Coke after his death was announced.

A petition has been launched by @GimmeaLemmy, who says: “Jack Daniel’s and Coke will forever be associated with Ian Fraser ‘Lemmy’ Kilmister. To celebrate and remember one of rock’n’roll’s true legends, I petition everyone to henceforth and hereafter refer to the combination of Jack Daniel’s whiskey and Coca-Cola as a ‘Lemmy.’ Let it be so.”

It’s the latest in a series of tribute campaigns, which include a petition to have a chemical element named after him, and an attempt to have the Britannia Bridge in Wales renamed the Lemmy Bridge.

Meanwhile, Banger Films have released an uncut archive interview with Lemmy, which was shot in 2005. Producer Samm Dunn says: “Lemmy was one of the funniest guys I ever met. He reminded me that we shouldn’t take this stuff too seriously – that music is about having a good time.”

The funeral will be webcast live tomorrow (January 9).