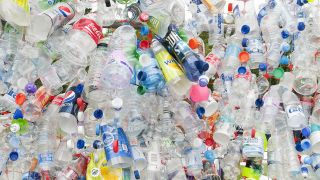 More than 60 independent music festivals across the UK have pledged to eliminate single use plastic by 2021.

The move comes as concerns continue to grow about the environmental impact that discarded plastic is having on the planet.

Now, festivals including Bloodstock, 2000 Trees, ArcTanGent and Cropredy have committed to ban items including plastic bottles from their sites by 2021 – and, as a first step, have announced that there will be a ban on plastic straws on-site from this year.

To raise awareness of the issue, a digital campaign co-ordinated by Association Of Independent Festivals (AIF) in conjunction with the RAW Foundation, will take place on Earth Day - April 22.

Anyone visiting the websites of participating festivals will find they’ve been “wrapped in plastic” for 24 hours and they’ll be able to read about the extent and impact that everyday plastic use is having on the environment.

The core message of the campaign is “re-use not single-use.”

AIF CEO Paul Reed says: “It is encouraging and inspiring that so many AIF members have taken this initiative and pledge on-board without hesitation and are taking a collective stand against single-use plastic.

“This is one of the most critical issues facing our businesses and wider society. By working together as an industry and taking affirmative action, we can make a tangible difference.”

Founder of RAW Foundation Melinda Watson adds: “Plastic pollution has been described as ‘the apocalyptic twin of climate change’. We need to take urgent action on this critical issue.

“Recycling is important, but it is far from the solution. Many of our impacts are embodied in the materials we use. We will build on work we have done with Glastonbury and Shambala, working with the festival industry to radically change our relationship to our ‘plastic stuff’.”

It’s estimated that 38.5 million plastic bottles are used in the UK every day and 91% of that plastic is not recyclable.

Find a full list of festivals who are committed to eliminating single use plastic by 2021 below.