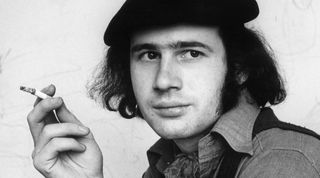 Comedian and musician Neil Innes has died unexpectedly at the age of 75.

"It is with deep sorrow and great sadness that we have to announce the death of Neil James Innes on 29 December 2019," say his family in a statement.

They continue: "We have lost a beautiful, kind, gentle soul whose music and songs touched the heart of everyone and whose intellect and search for truth inspired us all.

"He died of natural causes quickly without warning and, I think, without pain.

"His wife Yvonne and their three sons, Miles, Luke and Barney, and three grandchildren, Max, Issy and Zac, give thanks for his life, for his music and for the joy he gave us all."

Innes was best known for his work with the psychedelic surrealists the Bonzo Dog Doo-Dah Band, pastiche Beatles act The Rutles, and comedy group Monty Python. At the time of death he was nearing completion of a crowd-finding campaign to support his upcoming album, The New Album.

Earlier this year he told Prog magazine "I’ve never looked at a demographic and thought: ‘I’ll target that audience. Apart from when I’ve set up to do silly parodies, I’ve always written from my own experience. Shakespeare wrote comedies as well as dramas, and I like to think I do that too. I’m just like Shakespeare, except with better songs.”

The Bonzo Dog Doo-Dah Band, who announced a London show for May 2020 only last month, tweeted, "The Bonzos were reunited one last time only a few weeks ago for a victory dinner. Our thoughts and prayers are with Yvonne and the family at this sad time. RIP to the Urban Spaceman himself, the great Neil Innes."

Tributes from musicians included words from Rick Wakeman, who wrote, "Absolutely gutted to hear of the sudden passing of my friend and fellow Water Rat Neil Innes. He was gentle and kind, extremely funny and extremely talented."

Ginger Wildheart tweeted "A massive inspiration and source of sheer quality. Gave a few song ideas to Noel Gallagher too. No shame in that. RIP Neil Innes", while Ron Sexsmith wrote, "Growing up, I listened to The Rutles album almost as much as any of the Beatles."

The Bonzos were reunited one last time only a few weeks ago for a victory dinner. Our thoughts and prayers are with Yvonne and the family at this sad time. RIP to the Urban Spaceman himself, the great Neil Innes xxxx pic.twitter.com/zWKmCh4qSWDecember 30, 2019