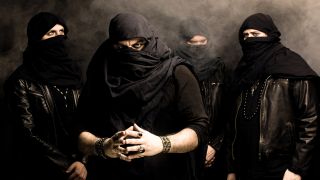 Taken from Melechesh’s upcoming sixth album Enki on Nuclear Blast, _Lost Tribes _is a pummelling attack on the ears that refuses to show mercy. But not only that, it feature’s the Brazilian metal master Max Cavalera on guest vocals! How could it get better?