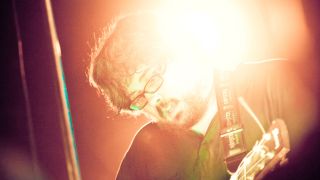 Matt Stevens has announced he’ll close his online store on December 31 in order to avoid falling victim to a law change that he says will enforce more struggle on hard-pressed musicians.

New VAT rules mean that, from January 1, every digital sale attracts a sales tax calculated in the buyer’s country. It means that every artist selling digital products in the UK have to identify what charge should be added and fill in a detailed return.

The change even applies to those who don’t reach the UK’s VAT threshold of £81,000 in annual turnover – even those who sell a handful of MP3s must register and submit returns.

Stevens tells Prog: “It’s a right old mess, and very few people realise the implications of what’s about to happen.

“I’m lucky in that I work with two excellent labels – BEM for The Fierce And The Dead and Esoteric/Cherry Red for my solo stuff. But I’d been selling my old albums and special downloads on Bandcamp.

“Those sales make a big difference to my ability to pay bills, tour and fund new musical projects. And I was also able to contact people who’d bought my music because I got their email addresses.

“Now I’ll have to sell via iTunes or Amazon, who take a bigger cut of the money, and don’t let me keep in touch with people.”

He says he has no problem with paying tax “if it’s spent wisely” but adds: “That’s not the issue. Why make one rule for digital goods and one for everything else? What about bands who sell a few hundred quid’s worth of downloads? It’s crazy that they’ll have to register for VAT and submit quarterly returns.

“Without being able to use Bandcamp they won’t be able to use the tactics I did to build my fanbase one person at a time, get support slots and generate industry interest. It’s a big blow to grassroots music.”

Stevens wants all those with an interest in future music in any genre to sign the Change.org petition calling for a rethink over the laws. He adds: “You can still buy my music from Bandcamp until the end of the year, which is very much appreciated.”