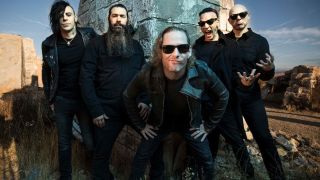 Stone Sour have released a demo version of rare early track The Wicked.

The song originally appeared as a bonus track on the special edition of the band’s self-titled debut album in 2002.

Says guitarist Josh Rand: “The Wicked is one of my favorite songs from the Project X demo. I prefer the demo version over the version that’s on the self-titled release. I just feel it has a better overall vibe.”

Check out a stream of the demo below.

Stone Sour released their new album Hello, You Bastards: Live In Reno through Cooking Vinyl at the end of 2019.

The performance was recorded at Stone Sour’s show in the city on October 5, 2018, with Rand later admitting the band had no idea the performance was being recorded – telling the Metal Sucks podcast: “The initial plan was for us to record on the Russian tour.

“The equipment came in a couple of days early and our tour manager/front of house guy ended up hooking it up just to test run it at the Reno show. He didn't tell any of us and he recorded the show.