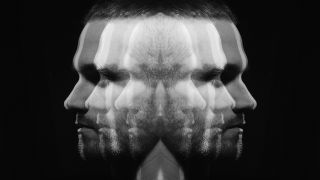 Ghost Against Ghost have released a stream of their new single Todeserfahrung exclusively with Prog.

The project is the brainchild of frontman and composer Christopher Bono, with Bono teaming up with Prague’s FILMHarmonic orchestra for the single.

The collaboration is said to have taken the group's sound “in ever more grandiose directions, including ethereal vocals, ambient keyboards and effects all driven by a detailed and dynamic electronic drum arrangement.”

Bono explains to Prog: "Coming from the same series of compositions as Checkpoint Charlie, Todeserfahrung was written in a state of heartbreak in Berlin. Todeserfahrung, is the title of a Rainer Maria Rilke poem, and translates as 'Death Experience'. It was a poem I found comfort in at the time.

"For most of us that have lost someone either physically or psychologically within a relationship, the oscillating struggles we encounter can make it profoundly difficult to come back to centre, but when we do, I believe the vision of hindsight brings insight and meaning to our lives.

Bono adds: "Todeserfahrung, marks a sound I was striving for, pre-Still Love album, that weaved electronic influences with my classic interests. With Ghost Against Ghost I’ve always been interested in pushing the boundaries of genre and style to forge new soundworlds, at least as I hear them.

"At the time I was very much interested in Tchaikovsky, late Romanticism, and pre 1970’s orchestral jazz and pop. Simultaneously, I love the possibilities of interesting electronic music. So I did what I enjoy most... experimented."