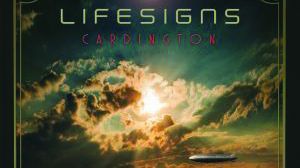 Lifesigns have announced their new drummer. He is Hungarian born Zoltan Csörsz who has previously worked with Karmakanic and The Flower Kings

"We are very happy  to welcome drummer Zoltan Csörsz to the Lifesigns family," says band leader John Young. "We look forward to working with Zoltan on the new Lifesigns album Altitude."

Original drummer Frosty Beedle announced his departure from the band earlier this week.

John Young founded Lifesigns in 2008. The band released their self-titled debut album in 2013 the follow-up Cardington in 2017. A new album, Altitude, is due for release in 2021.