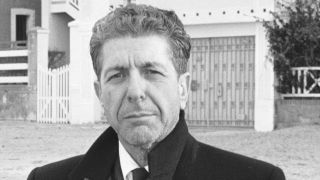 It’s been 10 years since New York-based indie-punk trio Lemuria wrote their debut album. Entitled Get Better, and written in the wake of vocalist, drummer and songwriter Alex Kerns losing his father, the album was a powerful exploration of grief and sorrow – the essence of which borrowed from the blueprint laid out by Leonard Cohen, and his songs of love, loss and humanity.

It was also the album which allowed Kerns to hone his songwriting abilities most keenly. “Listening back I find a sanctuary, a place where nothing is permanent, where feelings are tempered with time and glass becomes sand,” Kerns explains now. “Now that you know the setting, it may give some of the lyrics more clarity. Themes rooted in stress and clouded with numbness simultaneously. Time might not expire the feelings the decade old songs document, but it provides proof of your ability to pivot.”

To mark the album’s 10th year, Kerns pays tribute to his chief inspiration, Leonard Cohen, and remembers the impact he had on his own songwriting.

“The verses to Leonard Cohen’s most popular song, Hallelujah, change frequently over the half-century-long career that he left us. This always seemed faithful to his character, because his songs feel like a journal, kept as he aged, matured and desperately searched for the meaning of life. This lyric appears on the live album, Songs From The Road, recorded in 2009. Cohen could’ve meant a lot of things with this line, but he keeps his songs on the sharp cusp of focus and abstract. Just enough focus to guide your emotions, just abstract enough to step into the music yourself and give it your own purpose.”

‘I don’t mean to suggest that I loved you the best, I can’t keep track of each fallen robin’

“From the song Chelsea Hotel. The lyrics are very ambiguous, but definitely about sex. Have you ever had a relationship that felt more like a sport? Cohen is never afraid to project his flaws, and in this song it seems like he’s surrendering.”

“I’m cheating here, this is actually pulled from one of his poems titled What I’m Doing Here. It reminds me of those instances when you realise the truth at the 11th hour. When you’re blinded by the sparkle of a sharp sword you no longer have control of. A reminder to proceed with caution, especially when your guard has been retired.”

‘Like a baby, stillborn. Like a beast with his horn. I have torn everyone who reached out for me’

“This is from the song Bird On The Wire, which is frequently and understandably mistaken as a Johnny Cash original because Cash puts a lot of himself into the songs he chooses to cover. These lyrics display a primal view of a defect, to put it harshly, that drives a person to be an artist.”

”[This is from] Leaving The Table, a lullaby from his final album You Want It Darker. He wrote and recorded this album in his hospital chair with the help of his son. Maybe I shouldn’t call it a lullaby, because really it’s a goodbye. When you hear this line in context with the remainder of the song, Cohen shows his somber feelings of the emotional distance he has with the expanding younger generation of his family. Those sad feelings balanced with his relief to finally be completing his life.”

‘If the sea were sand alone, and the flowers made of stone, and no one that you hurt could ever heal. Well that’s how broken I would be, what my life would seem to me, if I didn’t have your love to make it real’

“I’m realising as I make this list, I like love songs. A lot. Is it selfish to rely on somebody else to remain grounded? I think most people would say yes. Either way, I wish I would’ve written this song for my lover, because behind oblivion is some of the most intense romance. [From] If I Didn’t Have Your Love, another gem from his final album.”

‘A kite is a fish you already caught, in a pool where no fish come’

“This is from his poem A Kite Is A Victim. We control anything that will let us, and we insult hard work accomplished by insisting there’s a better way. We distribute longer leashes to the things we’re ashamed to control. These might not be the themes Cohen intended, but if he was concerned with controlling the reader he would’ve given this poem a shorter leash.”

‘As he died to make men holy, let us die to make things cheap’

“Throughout his career, Cohen explores religion often. He spent a portion of his twilight years as a Buddhist monk. I thought this line from the song Steer Your Way was a very stark and deserved accusation toward the values of modern Christianity in the western world.”

“I have to deal with envy when you choose the precious few, who’ve left their pride on the other side of coming back to you”

“Cohen isn’t afraid to sing about the feelings a lot of us are ashamed to admit. When read without the musical accompaniment and his emotive voice, the words on paper can be selfish and mean. Placed into context [the track Coming Back To You], they’re incandescent with humanity.”

Lemuria will be touring Get Better this summer. Catch them on the dates below: