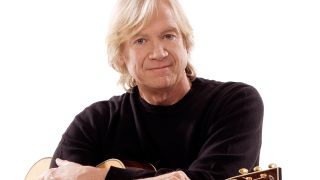 Justin Hayward is to host the 2020 edition of the On The Blue Cruise.

The inaugural 2019 event sold out and next year’s cruise boasts a lineup full of classic rock and prog artists.

Hayward will perform sets covering material from his solo career along with favourites by The Moody Blues, where he’ll be joined by a variety of special guests.

Sal Cirrincione and Jon Kirkman will also be onboard, while Eddie Trunk of SiriusXM’s Trunk Nation will host daily shows from the ship.

Aside from the music, the cruise will feature a range of activities including photo opportunities, a Mellow Yellow Dance Party, themed-nights, Painting With Rock Stars and private dinners with the bands.

They’ll set sail from Miami onboard the Norwegian Pearl on April 1 for seven nights – taking in three ports: St. Maarten, St. Thomas, and the Norwegian Cruise Line’s private island, Great Stirrup Cay, before returning back to Florida on April 8.

For further information and tickets, visit the official On The Blue Cruise website.