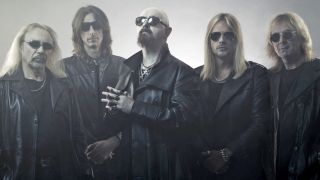 Judas Priest frontman Rob Halford has predicted that latest album Redeemer Of Souls will eventually be seen as “one of the greatest metal records ever made.”

He believes their 17th studio outing demonstrates a strong sense of purpose, and that means it’ll stand the test of time.

It gave Priest the third-best UK chart position of their career on release last month, leading the singer to confirm it wouldn’t be their last record.

Halford tells Rock Cellar: “I think, 10 years from now, this will be revered. I don’t say that lightly. Knowing how everything works, it feels that good.”

And if younger bands are inspired to take Priest’s latest ideas and run with them, the singer has no problem with that – as long as it helps them find their own way.

“In today’s metal world you hear the expression ‘cookie cutter,’ which is a bit insulting,” he says. “It’s about finding your originality. Most people understand that, to get ahead in rock’n’roll, you’ve got to do something that somebody else hasn’t done before. That’s very, very difficult.

“The overall state and condition of metal is phenomenal. It started with two bands, Priest and Sabbath and now look at it. Remarkable.”

Priest have confirmed a run of North American tour dates starting in October, but haven’t yet announced any UK or European appearances.