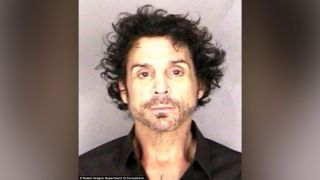 Deen Castronovo is grateful for the moral and financial backing Journey gave him after they fired him last year.

The drummer was dismissed following years of alcohol and drug abuse that led to him being sentenced to four years’ probation for assaulting his fiancee.

He’d been arrested after a 24-day methamphetamine binge – and later publicly accepted responsibility for his actions, saying: “Domestic violence is a choice.”

Since then, he’s kept in touch with former bandmates Neal Schon and Jonathan Cain – and his only recent musical commitment has been recording for Cain’s worship music album What God Wants To Hear.

Castronovo tells UCR: “The beautiful thing is that the band were very kind. They left me with a substantial amount of money to make sure I was taken care of.

“Neal texts me from time to time, but Jon gave me a chance. We stay in contact and he’s my spiritual mentor.

“I have days, you know, you see the reviews on the shows and you’re going, ‘Man, they’re doing so good. I wish I could have been there.’

The drummer has enjoyed the opportunity to reconnect with his children, and says he rebuilt his friendship with his former fiancee once his non-contact court order expired. But he accepts that his supergroup Revolution Saints is unlikely to return in the near future, and he admits it might be a while before he finds any further work.

“I’ve got to get back into playing again and get focused on that. The last year has been about God, sobriety and my kids.”

And Castronovo finds all the stark warnings he needs when he hears of musicians’ deaths as the result of drug addiction. “Every time I see one of those, the first thing that comes to mind is, ‘That could have been me,’” he reflects. “The way I was using and drinking would have killed a rhinoceros.

“It hurts – you see these guys and they’re so talented. It could be me. The next time, it will be me. If I do this again it’s just a matter of time. I’ve done the jail, I’ve done the institutions. What’s next?”

Victims of domestic abuse can find help in every country of the world.