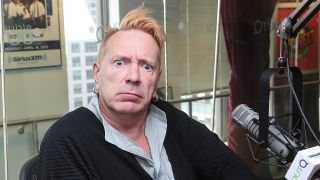 Former Sex Pistols icon John Lydon, AKA Johnny Rotten, has lashed out at Green Day, calling them both 'turgid' and 'embarrassing'.

During an interview with the New York Times, Lydon was asked about the state of punk music in 2018, to which he responded: "It is embarrassing, really. How many bands are out there like Green Day now?

"I look at them, and I just have to laugh. They’re coat hangers, you know. A turgid version of something that doesn’t actually belong to them.”

He goes on to call modern punk music "a caricature” of what it used to be.

Lydon also claims he and the punk movement "separated" in the aftermath of the Sex Pistols splitting up. "Punk wanted to maintain the cliché and the uniformity that it didn’t deserve," he says. "I wanted to do new and different things, which is, to my mind, what punk is all about: Do it yourself, which means be true to yourself.”

Green Day are yet to respond to Lydon's claims.