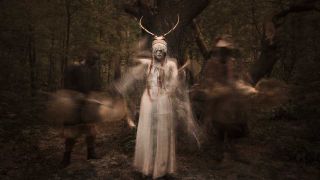 Heilung have confirmed they are working with software developer Ninja Theory on the soundtrack to upcoming video game Senua’s Saga: Hellblade II.

The sequel to the critically acclaimed 2017 game Hellblade Senua’s Sacrifice recently received its first trailer, with the action accompanied by Heilung’s In Maidjan from their debut album Ofnir.

Heilung say in a statement: “It is with the uttermost joy and deepest respect that we can finally reveal that Heilung is collaborating with Ninja Theory on the soundtrack for Senua's Saga: Hellblade II.

“From the very first meeting with co-founder and chief creative designer Tameem Antoniades, commercial director Dominic Matthews and audio lead David García Díaz, we discovered that although we work on very different platforms, the core is very much alike.

“Both Heilung and Hellblade are deeply inspired by nature and history and aim to alter your state of mind.  We are looking very much forward to present this hybrid child, born from a meeting between ancient spirits and the technology of tomorrow."

There’s no release date for Senua’s Saga: Hellblade II, but it has been confirmed for PC and Microsoft’s next gen console the Xbox Series X. The console is due to launch in 2020 on a date still to be confirmed.

Heilung released their latest album Futha earlier this year through Season Of Mist, with the band heading out on tour for several festival appearances in the new year.