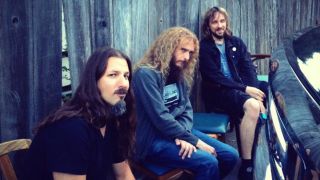 The Aristocrats’ Guthrie Govan says he doesn’t take gushing praise about his guitar work too seriously.

Govan is often described as one of the greatest guitarists on the planet, frequently topping polls. But he doesn’t allow himself to get carried away with the attention.

He tells MusicRadar: “I’m grateful people are responding to what I do, but I temper that by understanding that music is not a contest and I don’t think anyone is the greatest thing.

“Your goal, once you get deep enough into it, should be just to compete with yourself. You should want to be better than the old you was – other people shouldn’t come into it.

“So try and do things you would like to hear that you can’t hear in anyone else’s music. Find something personal.”

He also discusses the band’s latest album, Tres Caballeros, released earlier this year. He says: “For some reason, this new album turned out sounding a bit more American than its predecessors. But we didn’t plan that, we just let these things happen organically.”

The Aristocrats launch a European tour in Cologne tonight (November 16).