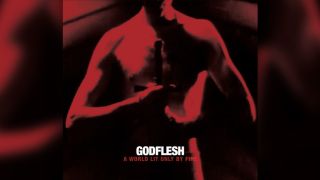 Godflesh will launch their third album, A World Lit Only By Fire, in October – and they've released a stream of New Dark Ages, the first of its ten tracks.

It’s the band’s first full-length outing since 2001’s Hymns, and follows their 2010 reunion after eight years apart. They launched an EP entitled Decline & Fall in June.

Justin K Broadrick recently said: “It’s getting straight back to the core of what this is all about. I think having a break from it has us probably even more inspired. It’s a really interesting record – extremely minimal and very, very brutal. Fairly unforgiving, I think.”

A World Lit Only By Fire will appear via Broadrick’s Avalanche Recordings on October 7.