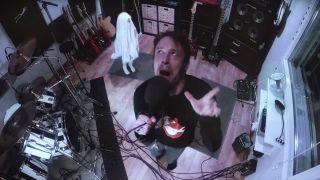 Studio producer Leo Moracchioli has given the Ghostbusters theme a heavy metal makeover.

He owns Frog leap Studios in Norway and regularly posts his own cover versions, along with guitar tutorials and other tricks and tips from behind the desk.

Moracchioli says: “There’s been some suggestions on doing the Ghostbusters song for a while so I finally got around to it. This is a pretty nostalgic song and movie for me, so it was a blast doing it.”

He’s released three full-length albums of covers which are available to buy through iTunes.