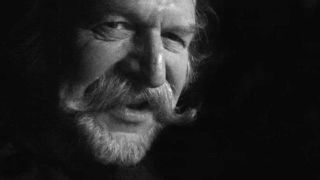 The news was confirmed by the Hawklords, who say in a statement: “It is with great sadness that we announce that our dear friend and fellow Hawklord Martin Griffin has died.

"Martin became a member of Hawklords '78 after he and Harvey Bainbridge, the rhythm section from Ark, were signed up by Hawkwind – actually Bob Calvert – to record the 25 Years On album of that year.

"A complete and irresistible force of nature, he was a very welcome participant at several Hawklords shows over the last 10 years and always a splendid guest when attending the many shows that we have played in the Plymouth area of the UK.

"Martin was a fine officer and gentleman of the old school and a terrific drummer, with a style as thoughtful and equally laid back in it's approach as he was.

"He will be very much missed by those of us that knew him, by Harvey in particular and by the Hawk-Fraternity around the world. Our thoughts are with his son Jack and family at this sad time."

Following the 25 Years On album, he appeared with Hawkwind on 1981’s Sonic Attack and went on to play on 1982’s Church Of Hawkwind and Choose Your Masques the same year.