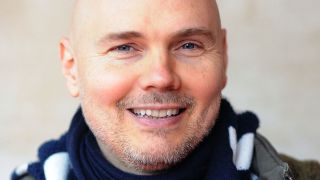 Billy Corgan says he is amazed at the high profile Pearl Jam have maintained and described them as derivative.

The Smashing Pumpkins frontman says Eddie Vedder’s band “don’t have the songs” to compete with his own work. And he also takes aim at Dave Grohl’s Foo Fighters, accusing them of not evolving as musicians.

On Pearl Jam’s continued success, Corgan tells Howard Stern: “It’s a mystery to me, because I just don’t get it. They don’t have the songs. People will take that the wrong way but speaking competitively, they are my competitors and I have to say who am I competing against and why.”

Corgan praises Nirvana frontman Kurt Cobain’s legacy and says his songs will “stand the test of time,” but he isn’t as complimentary about Grohl.

He says: “Dave is a great musician, a great songwriter and has done the work but to me, my criticism of the Foo Fighters, if I’m being a music critic, is that they just haven’t evolved and that’s sort of the recent wrap on them is, you know, making the same music.

“Obviously, I’ve put my whole life on the line for making different types music as I’ve gone along. I know it’s not for everybody. Listen, Dave’s getting it done so it’s like, if you want to be competitive, my philosophy against his, he’s the one winning.”

Corgan also talks about his relationship with “smoking hot” Courtney Love and former Pumpkins manager Sharon Osbourne, who quit the job in 2000, saying it was for “medical reasons…Billy Corgan was making me sick.”

He says he and Osbourne have made up and that their differences were down to her natural instinct as a manager to market the band in a certain way.

Corgan says: “We’re totally cool, we made up years ago. Her world, which is more of a heavy metal world, she couldn’t relate to the alternative…why you wouldn’t do the thing to sell more records.

“She was trying to be the manager and she just thought I was insane.”

The Smashing Pumpkins this week released their 10th album Monuments To An Elegy.