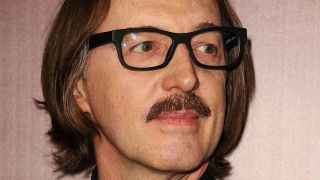 Nevermind producer Butch Vig has told of Kurt Cobain’s mood swings in a discussion about upcoming documentary about Smart Studios.

The Smart Studios Story is set to be screened at a string of film festivals in the coming months and premieres this week at South By Southwest. A new trailer features members of Nirvana and L7 talking about the studio’s impact on the music scene in the 90s.

And in an interview with Billboard, Vig recalls the sometimes tense moments in the studio as Nirvana recorded the 1991 smash hit record.

He says: “There were moments that were hard. Kurt would have intense mood swings and just shut down. He would just go sit in a corner and disappear into his own space.

“Krist Novoselic would say, ‘He just goes into these moods and he’ll come out in a while.’ So we’d find something to do for a couple hours, tweak the drums or work on bass sounds, and all of a sudden Kurt would pick up his guitar, ‘Let’s go.’ He’d be back, fully engaged. I just had to gauge when the timing was right to go for takes.”

The film is directed by Wendy Schneider and also explores other classic records made at the Madison, Wisconsin, studio – including Smashing Pumpkins’ Gish.