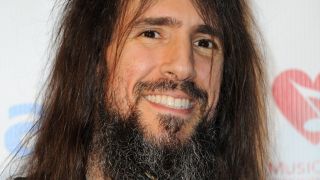 His GNR bandmate DJ Ashba claimed earlier this year they were preparing to release the long-awaited follow-up to 2008’s Chinese Democracy. But Bumblefoot says his upcoming solo album is all he’s thinking about.

He tells Horns Up!: “I’m focusing on my stuff. I’m sure it’s going to be an exciting, interesting year for everybody – for Guns, for me, for everybody. We’ll see what happens in 2015.

“I’ve tried to do both and it’s been really difficult. There’s only so much time and you can’t be in two places at once. Teleporters? No. Army of clones? No. You can only be in one place at a time and that kind of gets in the way of things. You have to start making choices.”

He’s due to release the as-yet-untiled album on February 24, the follow-up to 2008’s Abnormal. He previously said he regretted neglecting his solo career since hooking up with Axl Rose and wished he had released more material.

He said: “The solo albums are everything to me and it’s really what I do. To be honest, I really should have paid more attention to it, even when I was in Guns N’ Roses. I should have been touring more and putting out more albums than I did.”

Meanwhile, GNR mainman Rose said earlier this year that the band’s next release could be Chinese Democracy 2 as they had material left over from the 2008 release.