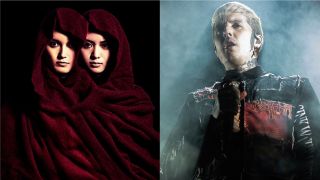 Bring Me The Horizon will be Babymetal’s special guests at their upcoming arena shows in Japan.

Babymetal have lined up two shows at Saitama Super Arena on November 16 & 17 and at the Osaka Jo Hall on November 20 & 21 in support of their new studio album Metal Galaxy, which will be released on October 11.

Bring Me The Horizon will play the four shows in support of their latest album Amo, which was released at the end of January this year.

A statement on Metal Galaxy reads: “The new album expresses light and darkness, emotions like duality and ambivalence, and ‘new metal’ created by various chemical reactions as other entities evolved and expanded in this album.

The follow-up to 2016’s Metal Resistance will include guest appearances from Sabaton’s Joakim Brodén and Arch Enemy’s Alissa White-Gluz.

Early next year, Babymetal will play dates in the UK, Europe and Russia.

Meanwhile, the first Japanese metal festival to be held outside of the country will take place on October 4 & 5 at London’s O2 Academy Islington.

Find out everything you need to know about Metal Matsuri.