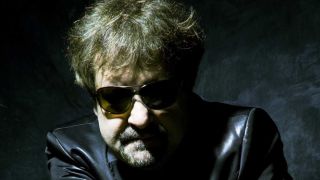 The follow-up to 2014’s New Solid Black will be available on disc and vinyl, and the CD version has a 3D cover with personally designed 3D glasses available with each autographed disc through Bouchard’s website.

One of the cover songs on the album is a Blue Oyster Cult classic Career of Evil, written by Joe’s brother Albert and poet Patti Smith.

The song also shares its title with the best-selling book by author J.K. Rowling, written under the pen name Robert Galbraith. The novel includes references to the band in each chapter.

He tells CT Post: “Even though my career with Blue Oyster Cult was in the 70s and 80s, it’s still alive and well in 2016. The latest JK Rowling book is written about songs from our old band.

“Her latest novel she put out is a murder mystery and every chapter in the book is a Blue Oyster Cult song.”

Bouchard currently performs with several bands including The X Brothers, The Greatest Hits on Earth Live and Blue Coup.