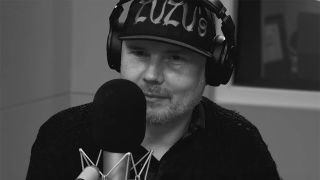 Smashing Pumpkins leader Billy Corgan says that metal still doesn’t get the credit it’s due from certain sections of society – despite its huge popularity.

Corgan was speaking with Lars Ulrich on the Metallica drummer’s Apple Music Beats 1 show about being a metalhead when he was younger. And he says it’s still looked down upon because of “weird class politics.”

Corgan says: “For years, I would take shit about being a fan of metal – it should be beneath you. It gets into weird class politics. Most of the people who criticise people like us for being who we are, what we are, or what we represent, had better backgrounds than we had.

“We didn’t necessarily go to the nice school, we didn’t get to read the cool newspaper. For me, bands like Metallica told me that there is this other world that is more closely aligned with the experience you’re having than the one you’re being told about.

“So when I heard Mercyful Fate, Metallica or Ted Nugent, that told me, ‘Wait, there’s this other world than the world you’re telling me that I’m supposed to believe in.’

“Even to this day, for all the money that metal moves, it’s amazing how disrespected it is.”

He adds: “You can’t get that through to a hipster’s brain. If you sat around and drew up who you wanted to be on paper, you wouldn’t be in Metallica or The Smashing Pumpkins. Those type of bands grow out of almost like a personality conflict.”

Earlier this year, Corgan revealed the names of eight tracks that he, Jimmy Chamberlin and James Iha have been working on for the new Smashing Pumpkins album.