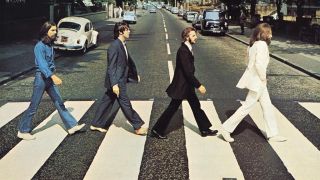 A musical based on the Beatles’ sessions in Abbey Road Studios will be staged at London’s Royal Albert Hall next year.

A replica of the iconic premises’ Studio Two will be built for the production, set to open in April.

Producer Stig Edgren tells The Times: “It will be a musical documentary giving audiences an honest, respectful and accurate recreation of how history was made.”

And he’s insisted the cast won’t be made up of Fab Four lookalikes. “We’re not trying to look like the Beatles – we’re trying to sound like them,” he says. “The idea is you’re watching them in recording mode.”

In April, Pink Floyd ex Roger Waters recalled the lesson taught by John Lennon, Paul McCartey and co as both bands worked in Abbey Road in 1967. Waters said: “I learned that it was okay for us to write about our lives – what we felt, to express ourselves.”