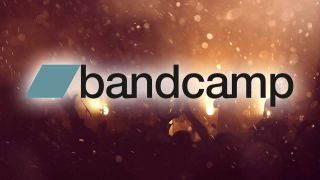 Bandcamp have announced plans to donate 100% of their profits on June 19 to the NAACP Legal Defence Fund to help in the fight for “racial justice, equality and change.”

Bandcamp bosses also say they’ll do the same on every Juneteenth, and will also allocate an additional $30,000 every year to “organisations that fight for racial justice and create opportunities for people of colour.”

Bandcamp say in a statement: “The recent killings of George Floyd, Tony McDade, Sean Reed, Breonna Taylor, Ahmaud Arbery and the ongoing state-sanctioned violence against black people in the US and around the world are horrific tragedies.

“We stand with those rightfully demanding justice, equality, and change, and people of colour everywhere who live with racism every single day, including many of our fellow employees and artists and fans in the Bandcamp community.

“The current moment is part of a long-standing, widespread, and entrenched system of structural oppression of people of colour, and real progress requires a sustained and sincere commitment to political, social, and economic racial justice and change.

“We’ll continue to promote diversity and opportunity through our mission to support artists, the products we build to empower them, who we promote through the Bandcamp Daily, our relationships with local artists and organisations through our Oakland space, how we operate as a team, and who and how we hire.

Juneteenth, also known as Freedom Day, commemorates the official emancipation of slaves in the former Confederate States of America.

This coming Friday (June 5) Bandcamp will once again waive their revenue share from sales to help artists during the coronavirus pandemic.

Bandcamp have been holding the initiative on the first Friday of the month after a successful initial trial in March, which saw fans spent $4.3 million dollars on music – 15 times the site's normal performance.