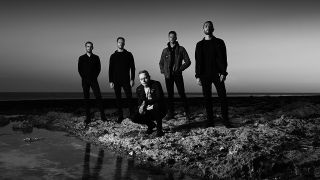 In December, it was confirmed that Bring Me The Horizon would curate and headline one of the days at London’s All Points East festival.

The event will run between May 24 and June 2, with it previously revealed that Oli Sykes and co would be joined on May 31 by Idles, Run The Jewels, Nothing But Thieves, Scarlxrd and Yonaka.

And this morning four more names have been added to the day in the shape of Architects, While She Sleeps, Employed To Serve and Alice Glass.

Bring me The Horizon will reveal the names of more artists who will join them in due course.

Senior vice president of AEG Presents, Jim King, said: “We are beyond thrilled to be able to welcome Bring Me The Horizon to the East Stage next year for their long overdue first festival headliner set.

“The band and the festival have curated an unbelievable day of music. May 31 is going to be an unforgettable night for Victoria Park.”

Tickets are now on sale from the All Points East website.

The Chemical Brothers, The Strokes, Christine And The Queens and Bon Iver have been confirmed as headliners on other days of All Points East, with more to be announced in the near future.