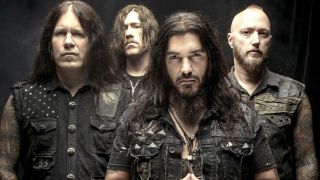 A You Tube user has made an eight minute video of himself covering nearly every song Machine Head have ever written.

Paschalis Theotokis plays parts of 80 tracks from the band – starting off with Davidian from first album Burn My Eyes and wraps up with the final song from 2014’s Bloodstone & Diamonds.

The band are currently trekking across North America with their An Evening with Machine Head tour through December, which sees them perform a two-hour set each night.

They’ll be hitting Europe next February, with seven dates scheduled in the UK.