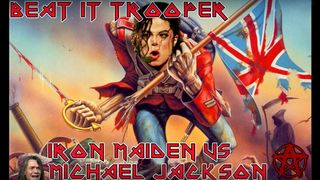 By now you’ve probably made up your mind about this mashup. As a devout member of the Iron Maiden Army, you’re no doubt screaming at the screen that “Nobody can replace Bruce, dammit!” and that we’re morons for suggesting such a heinous act. Of course, we’re not saying that. But what we are saying is that this mix of Michael Jackson’s Beat It and The Trooper works really well. The juxtaposing galloping guitars bouncing around the King Of Pop’s signature, glitter-clad voice might sound like a car crash, but you are WRONG.

Don’t believe us, check it out now.

Someone has created a Linkin Park/Bring Me The Horizon mashup

Someone has created a Killswitch Engage/Craig David mashup