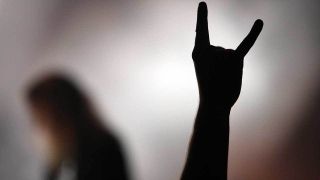 If you weren’t already aware, the latest issue of Metal Hammer is charting to the 100 greatest albums of the 21st century. 100 albums from 100 of the greatest bands in the world of rock and metal. It’s a big old list and one that has generated a lot of debate in and out of the office.

Iowa by Slipknot was named number one by our panel, but Babymetal’s debut album won the public vote – very different results from very different ends of the metal spectrum… but that’s what we love. The 100 album list crosses every boundary and every sub-genre in metal, from the most operatic to the most extreme, from the nu-metal to power metal, hardcore to industrial – we love it all. In fact, we love it all so much that we’ve created the ULTIMATE 21st century playlist to send you into the weekend. Starting with Halestorm and ending with Slipknot, it’s everything you need to know about the last 16 years of rock and metal.

Which songs did we miss? Let us know!