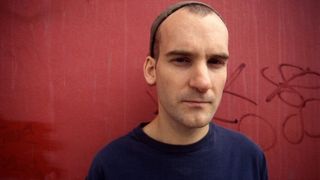 Fugazi are a band often overshadowed by their progressive political attitude towards the music industry – a facet that is instantly a point of discussion whenever they are mentioned. It’s often a bit of a shame, as their musical output completely transcends that, and elevates them above the notion that this was just a band pushing to make “being a band” work without compromise.

I was exposed to Fugazi at just the right time during my teenage years in the 90s. Somewhat tired or disillusioned with heavy metal and the wet squib of post Nirvana ‘grunge’ – bands that often sounded more like regurgitated classic rock than something outright new – Fugazi were another gateway to the unusual and interesting post-punk music from America that had no real commercial exposure until the Nirvana boom; the music from Dischord Records, Touch And Go, SST, Amphetamine Reptile, Alternative Tentacles and so on. A legion of odd stuff from the last 10 years that sounded more interesting than anything available at that time. Certainly, drastically more interesting than anything Britpop could produce.

Even though Fugazi were at the forefront of exposure due to their then unorthodox business approach, they were musically one of the very best among their contemporaries. Part post-punk, part dub, part Sonic Youth-inspired noise rock, I like to consider them almost like The Beatles for Gen Xer’s, although without the mania, money and fanfare. Their musical trajectory runs in parallel with The Beatles. The most accessible music near the start of their career quickly taking a tangent into odd-ball left field territory and becoming progressively better until gone, on ‘hiatus’ at their absolute peak.

Fugazi are a huge influence to me, and I feel I’ve absorbed a lot of their songwriting style and musical sensibilities almost via osmosis, rather than trying to dissect everything they’ve done. Fat Goth’s sound is generally influenced by a lot of contemporaries of Fugazi such as Melvins and the Jesus Lizard, but some of that Fugazi-feel came out in our song The Solitaire from our album One Hundred Percent Suave. That song certainly channels a Fugazi sound.

So with all that, here’s a choice pick of ten excellent Fugazi songs, in chronological order.

The first two Fugazi EPs (also known as the 13 Songs compilation CD) are their best known releases, but from my perspective their weakest, if you can call them that.

Here we have the new band from ex-Minor Threat frontman Ian MacKaye, doing something that sounds very much in line with their Dischord Records contemporaries such as Soulside or Ignition.

If you are already aware of Fugazi, you will have heard Waiting Room or Bad Mouth but this cut, Glue Man, is my favourite off the record and – as a Guy Picciotto guy – I’ve always gravitated more towards ‘his’ songs. Not only is this probably the best song on the EP but an infamous live track to give Guy the excuse to cut some shapes like a punk rock James Brown, and generally writhe around on stage. Check out some YouTube videos of this track to see the man hanging upside down from Basketball hoops and flipping out all over the place – always entertaining but never contrived. This guy just loves to play music.

Moving onto Fugazi’s debut album Repeater, it was obvious that the band’s sound was immediately changing. Fugazi – started by Ian Mackaye along with bass player Joe Lally and Dag Nasty drummer Colin Sears – initially had much in common with the general Dischord fraternity and an emphasis on Mackaye. From within a few months of the band starting, Colin Sears was replaced by Brendan Canty on drums and also Guy Piccotto, both from the band Rites Of Spring.

Blueprint is a prime example of the sound of Rites Of Spring melding with the prior sound that Fugazi had established. Musically, it was far more sombre in tone, with Guy’s abstract and emotive lyrics giving the song a different feel. A far cry from the shout along anthems with their “hit you over the head” political message of the earlier material.

Fugazi’s second album is often derided for sounding a little flat. It’s been documented that they recorded it after a long tour and were burnt out going into the studio, resulting in something that does sound a little off. I absolutely love the record regardless and almost consider this to be the true Fugazi debut album.

Apparently exhausted of Ian MacKaye material and with Guy Piccotto now fully on guitar, this record features a more “jammed out” and improvised approach to songwriting, and it completely paid off.

There’s some excellent footage of them taking this approach in the Instrument film, jamming in the house belonging to one band member’s grandparents.

They sound unique and fully-formed here. An odd mash up of more angular punk from the likes of Gang Of Four mixed with Sonic Youth’s tendency for all-out noise – not afraid to mash up the ugly with the beautiful in musical terms. KYEO is the closing track to this album and very much a highlight, also a pick with Ian MacKaye on vocals for a change.

Fugazi started here for me. In On The Kill Taker is the first of their albums I heard, with this song jumping right out at me, and I’ve loved it ever since. Never fails to get me pumped as soon as I hear it.

This song is a full-on rocking out number and a quintessential example of Fugazi taking this aggressive approach. The In On The Kill Taker album has a slightly more unique sound to it, with Fugazi using silence and abrupt stop/starts to create an unusual tension. Nearly every song flows from raging agro punk to a complete stop followed by a moment of silence.

Smallpox Champion shares this structure and culminates in one of the most upbeat and anthemic crescendos of their whole back catalog.

Another Guy Piccotto track from the same album, and one that shows Fugazi’s use of contrasting discord (no pun intended) and bright, pleasing melody. The song hits right from the start with an almost unpleasant sounding discordant chord, into a quiet a capella part – a complete and utter contradiction. The whole album is a masterwork of using contrasting sounds and silence to convey a very dramatic and turbulent sound.

A screaming, loud, a capella part from Guy leads into an almost submissive, broken and run down verse, which then bursts out into one of their best choruses. The final lyrics ‘My love song, went wrong’ neatly sum up the sound of this song. Broken, bold, bizarre and uplifting all at once and at different times.

An obvious choice of cut from Red Medicine, and something that would approach single-worthy if that was ever a choice. Red Medicine followed quickly after the release of In On The Kill Take,r and I’ve always considered the two albums to be like two sides of the same coin. Very similar in sound and execution but whereas IOTKT was an exercise in stop/start aggression, Red Medicine shows the band easing into everything with a far more laid back approach and an even stranger sound and songwriting style.

It’s not really fair to say the band started to become more progressive, as that’s not really accurate… Experimental and strange certainly is, and it results in what I consider to be the band’s very best album.

Bed For The Scraping hits as the second take on the album, with the rhythm section at full pace and MacKaye and Piccotto sharing a duel-vocal approach in almost a hip hop style of end of phrase emphasis. The chromatic guitar part that kicks in is an obviously great and catchy hook.

“Like you’re slow dangling off the edge of a cliff,” to paraphrase Don Zientara, the engineer of almost all of Fugazi’s recording sessions. That phrase sums up the dramatic tension set up with the initial riff of the song, progressing into an odd Guy Piccotto mumbled track in the vein of other great Fugazi songs “Last Chance For A Slow Dance” or “Life And Limb”.

This mid-album track is one of the strongest on the record, and almost culminates the unusual feel of the album into one whole song. It’s another track that uses almost complete pauses to tighten the drama and eventually burst out and end with an almost morose-surf sounding guitar part. This is the highlight of the album for me.

The absolute highlight from the End Hits record – a record that is often considered to sound like the band is musically treading water. The End Hits album feels a little like a much-lesser sequel to Red Medicine. Closed Captioned, however, harks back to the dub influence on Fugazi’s music which was far more prevalent on the initial two EPs and first album, so it’s no surprise to hear Ian MacKaye taking on the vocal duties.

This also sees great use of the band’s newly enlisted second drummer, Jerry Busher, although I don’t think he’s actually playing drums on this cut (more like a duet between Canty and a drum machine). However, they did utilise him live during this period.

I was lucky enough to see Fugazi on this album tour and they didn’t disappoint. Not only that, but the band I played bass in prior to Fat Goth – Laeto – were lucky enough to support them for one Scottish show. This whole thing literally transpired due to me – as a 19 year old – emailing Dischord Records to ask if we could support them on their upcoming tour. A typically naive teenage thing to do, but it actually transpired! It actually happened!

I received a reply from Guy Piccotto essentially saying “Yes, we’ll make that happen”. Not often do your heroes actually come though.

The Argument album sees Fugazi hitting an unorthodox peak in their musical creativity, creating an album that still sounds very much like Fugazi but completely different to everything else in their back catalog. I’d say it’s my favourite, but one could lay that claim to almost any of their records.

Full Disclosure see Fugazi going full out with their contrasting approaches to song structure components. Opening with MacKaye’s guitar riffing on a D# note, completely out of tune with the bass, all while Piccotto scrapes up and down the fret board. A cacophony of noise met with the Piccotto manic cries of “I WANT OUT, I WANT OUT” over and over. Exhilarating odd-ball stuff that is then immediately completely contradicted with an exhilarating melodic chorus.

I don’t even know what this is. EQ and phase-throttled drums, acoustic guitars and delay-soaked vocals making something that sounds more like Stealers Wheels than Fugazi. An absolute highlight on Fugazi’s most experimental album.

This was seemingly the end for Fugazi, going on an “indefinite hiatus” that continues today. Something that I find to be a little bit of a shame is that we never got any more music from Guy Piccotto after this record – or none that I’m aware of. It makes the whole thing seem even more elusive and mysterious… like bottled lightning.

Maybe this band was far more the sum of its parts rather than the individuals involved and it just wouldn’t have worked any other way.

Fath Goth’s fourth album Enorme! is released on 5th May via Hefty Dafty Records. You can hear a track from the album below.

The 10 most underrated Dischord Records albums

Ian MacKaye on Minor Threat, Fugazi and the power of Punk Rock