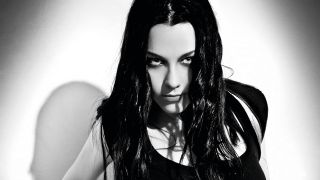 Lindsey Stirling isn't just a collaborator when it comes to her relationship with Evanescence. Far from it: first and foremost, she's a proper, died-in-the-wool fan. Having joined forces with Amy Lee and Evanescence back in 2017 as a guest on their Synthesis album – making her only the second collaborator Evanescence had ever invited to record to them, having had their fingers burnt by the involvement of a certain rapper on a certain 2003 hit single – the two also announced a co-headline tour together in 2018.

You can see why their creative partnership works. Stirling's work holds plenty of parallels with Lee's. Basing her new album, Artemis, on the Greek goddess of the moon, Stirling tells the story on an "unlikely heroine who represents the fight in all of us to reclaim light back into our lives" – a subject Lee has proudly explored in her own work, with Bring Me To Life analysing life in and after an abusive relationship. The two are both preoccupied by telling the stories of women who fight and struggle, but ultimately triumph.

To celebrate new album Artemis and Evanescence's 2020 tour – more details on both at the bottom of the page – here, Stirling guides us through her favourite Evanescence tracks.

This was the first song I ever heard from Evanescence. This song made me immediately fall in love with them. I’d never heard anything like it. I loved it so much that in high school my best friends and I made our own music video to this song.

This song was so special. It was delicate yet haunting. I loved how simple it was. I thought it was such a brave move to do this as their second single because it was so different from their first big hit, but it showed how powerful Amy’s voice was. She could stand alone without the huge production. It was just a great song with an amazing voice.

I listened to Amy sing this live every night before we would go on stage together for our encore and this song is so powerful. It would give me chills. I love that she is pleading in the song for you, me, all of us to never surrender.

Amy’s voice on this song is so sweeping and amazing. I also love the intricate piano part on this and it was even more impressive once I saw her play and sing it live.

I loved how heavy this song is. It was the perfect blend of Amy’s smooth, soaring voice and the edgy rhythmic band. I love contrast in art. I thought this was such a cool use of contrast. I took a lot of inspiration from this idea of contrast when I started to make my own music.

This will always be a special song for me because this was a dream come true for me. I had loved Amy for years and suddenly I was asked to write and play on a song of hers. Then I got to perform it with her every night on tour. I will always love this song.

This song is not only powerful because Amy’s amazing voice and the music, but it’s even more more powerful once you realise what the song was written about. It was made in an effort to fight human trafficking and this is a cause that I have devoted my philanthropic efforts towards. I can’t think of a more powerful message.

I love how much punch and attitude this song has. It’s so high energy. I feel like Evanescence had been quiet for a while and this song came with such a bang. It was like… wow! They are back and they mean business.

I love the lyrics in this one. It is a perfect anthem for anyone who has had a relationship ripped apart by hurt.

Lindsey Stirling's new album, Artemis, is out now. Her US Christmas tour kicks off next month, and full dates are on her official site.

Evanescence and Within Temptation are heading out on tour together in 2020 – you can check out full dates now.