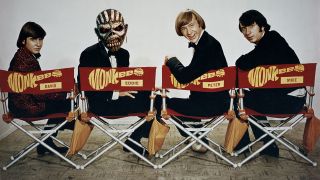 What would happen if you spliced one of the biggest metal bands on the planet with a ‘60s American sensation? Well we think we’ve found the answer!

Mixed by a figure known only as DJ Schmolli, Iron Maiden’s stadium-sized anthem The Trooper has been merged into the The Monkees’ smash hit I’m A Believer. And before you sit there at your keyboard shouting “But Metal Hammer, those things are polar opposites, how in Hell will that work?” Just know that it does, okay? The video is just a little over three minutes long, so we suggest you give it a listen and discover a whole new genre of metal inspired by four pop-rock heartthrobs with awful haircuts.

We’re off to form a band called Iron Monkee.