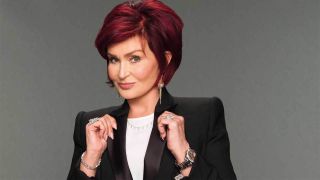 As rock’n’roll ascended the mainstream in the 60s and 70s, managers such as The Beatles’ Brian Epstein, Led Zeppelin’s Peter Grant and the Sex Pistols’ Malcolm McLaren enjoyed heightened levels of fame and notoriety that often rivalled that of their clients. Today, you’d be hard-pressed to call to mind the name, let alone colourful details of any big-time manager, with one notable exception: Sharon Osbourne. The daughter of the fearsome, gun-toting manager Don Arden (Black Sabbath, The Animals, the Small Faces), Sharon entered the music biz working for her father until 1982, when she took over managing his biggest client – and her husband – Ozzy Osbourne. In the ensuing years, Sharon has cemented a reputation as a shrewd and hard-as-nails businesswoman who has not only stewarded Ozzy’s career but amassed her own empire as a television host, promoter and author. We asked her about her career in rock music, her divisive public persona and what comes next.

You’ve had a front row seat to the birth of rock’n’roll. What are some of your earliest memories of the music industry?

”Oh my lord, that’s a really hard question, because I was lucky enough to be born into the industry through my father. I can remember being at Victoria Station when my father was putting Bill Haley And The Comets on a train to go to Europe. I would have been no more than five! So it’s stories like that, with artists like Sam Cooke, Brenda Lee, Jerry Lee Lewis, Little Richard and the Everly Brothers. I’ve seen the most amazing artists perform and I’ve just been lucky enough to have relationships with some of them. In that way I’ve been very, very blessed.”

How were women regarded in the music industry when you got your start?

”Initially, because I was so young, I didn’t realise that there weren’t that many women in the music industry. I was too busy having a good time. As I matured in my mid-20s and 30s, I saw that it was very much a boys’ club. I could never go to a game with my peers and then go to a strip club and then do some blow. I was a woman and those things didn’t interest me, and if you weren’t in that clique then you were somewhat of an outsider. So I was an outsider because I was a woman. It was very hard. People dealt with me because they had to. It wasn’t a choice.”

How did you realise that was the case?

“It really came from my father. My brother was in the business with my father and myself. I remember one time my father threw a music convention in London that was pitched as ‘Don and David Arden.’ I thought, ‘Hey, fuck this shit! What about me?’ Then the penny dropped and my eyes were opened. It was very hard. I’m not saying, ‘Oh poor me, I had a hard time,’ but I’m saying that’s why I got so fucking loud and bolshy – because I needed to be heard.”

Your dad was a terrifying enemy for anyone who dared cross him, and yet you did just that when you took over managing Ozzy on your own. How did you cope?

“It was a very bad time for me because I kind of lost my whole family. I realised then that my father’s whole thing was money; it’s not family, it’s money. If you’re with him, you’re great. If you want to go out on your own, you’re dead and that’s what I was – I was dead to them. I took his cash cow away and he didn’t like it and he was coming after us. People were afraid to deal with us! I remember that Linda McCartney’s father and brother were lawyers in New York – the Eastmans – and we needed help against my father. We went to see them and they said no fucking way, like, ‘See ya. Get out!’ Because people didn’t want to go up against my father, we couldn’t get a high-powered lawyer to represent us. Nobody wanted to take him on. It was really, really hard, but you know what? It made us stronger and it definitely made me work harder.”

What were some lessons you learned in those early years about succeeding in the music industry?

“For me, you had to know what you were doing. You had to be on top of your game because they wanted you to fail, but I wouldn’t go away. I wouldn’t fail and I wouldn’t take no for an answer. You have a couple of run-ins with people when you’re a woman and you have a couple of fistfights and people start saying, ‘She’s fucking crazy like her father. She’ll fucking kill you.’ I kind of wanted that because it made people stand up and listen to me. I thought, ‘Fuck it, if it makes people listen then great.’”

You’ve said that you have to know what your brand is. How did you build your own brand?

“It was going with the whole, ‘She’s fucking nuts! If you say you’re going to do something, do it, because she’ll fucking have you.’”

“Yes. I had to. It was like survival, you know? I didn’t mind getting into fights with people. I never went out to hurt anyone and I kept my head down and did my own thing, but it was always, ‘Don’t fuck with me. Don’t. Because I don’t fuck with you, but if you do fuck with me, then I’m gonna fucking kill ya.’ I’d embarrass the fuck out of you and that’s what I used to do.”

Ozzfest was revolutionary when it emerged and now big rock festivals are commonplace in the US. Why do you think that’s happened?

“Because it’s become a part of people’s culture; in the summer, people want to go to a festival and hang. It’s a very social thing now. It’s not just about the music, it’s the event itself and the things you experience at the festival.”

Do you think they’re better today than they were, say, 20 years ago?

“All these festivals now have a comedy tent and then there’s this tent and that tent. There’s different foods and everything. It’s not just about the music anymore. What is that fucking one in England where the poseurs all go and wear the fucking wellies? Glastonbury! It’s full of fucking poseurs. It’s full of middle-aged models and has-been rockstars that go to be seen. I don’t like those festivals where people go and pose like that. They have Coachella out here. It’s too fucking cosy. It’s too business now. You’ve got these pop-up fucking restaurants that show up and these pop-up fucking stores and everything’s a fucking pop-up. It’s gone too far from the music now for me.”

“My God! What was the one they had, the fucking Old Fest [2016’s Desert Trip, on the same grounds as Coachella, and nicknamed ‘Oldchella’]. They fucking charged, I dunno, thousands of dollars for a seat to sit in the fucking desert and watch The Who. It’s a scene. It’s these middle-aged farts thinking they’re still hip, living in the past and wanting to be seen.”

What’s your take on the heavy music scene today?

Do you still get shit that a male manager might not get?

“Yes. It’s like, I’m a witch because I’m a woman, but guys? ’Oh god, they’re tough to deal with!’ Or ‘Whoa, that negotiation will be tough!’ But when it’s a woman, it’s like, ‘Oh, fucking hell…’ You don’t get that same reaction – it’s totally different and it’s disrespectful.”

If someone asked you for advice on getting into the music business, what would you tell them?

“It just takes time. You just can’t have a dream and go, ‘I wanna be a music manager.’ You have to know so many things about this industry. You just can’t have a musician for a boyfriend and go, ‘I can manage him.’ Yeah, you can, but you want to do it well, so you have to know all sorts of different aspects of the business. You have to understand the artist that you want to manage, their genre, how to market that genre and how to negotiate deals that are best for your artist. If you don’t understand social media, then you shouldn’t manage anyone.”

What about the business angles, like contracts and finance?

“You can pick them up along the way, but the thing is that you’ve got to know it too before, because you don’t want to sign everything away and you don’t have to do that anymore. Those days are gone, thank God, where you had to sign your life away to get a record deal. You don’t need a record deal, but you do have to understand the audience that you’re selling to, or the audience that your artist attracts – how they live, how they find out about music and new artists. You’ve got to understand a lot of different aspects.”

Metal still isn’t permeating the mainstream charts – will it ever come back like it did in previous decades or is its commercial heyday over?

“No, it’s not past its heyday. That’s like asking if jazz will ever come back – it’s a genre that’s already there and it’s not going anywhere. It’s just not as hugely popular as it once was, but it will come back. It all does. People will get fed up of having this singer/songwriter guitar player who stands up there on his own.”

Well, we can be sure that change is coming because it’s the only constant…

“But that’s what’s so exciting about the industry. There’s always change; nothing stays the same. Nothing. So why don’t you and me get our Wellington boots on and go to a festival! And network! Ha ha ha! We can try out some new chefs while we’re there. Some home brews, yeah, we’ll have a fucking hoot!”

She Rocks: meet the women who run rock'n'roll