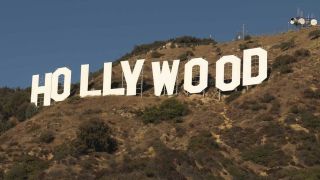 James Hetfield’s upcoming cameo appearance in serial killer movie Extremely Wicked, Shockingly Evil And Vile in isn’t the first time someone from the world of metal has ventured onto the silver screen. Beyond cameos in Calendar Girls and onstage with Ace Ventura, here are Hammer’s top ten of metal’s elite who’ve sunk their teeth into meatier roles.

The singer, presenter, speaker, author and all-round polymath has the longest filmography of anyone from the heavy music world. With his more illustrious credits including small roles in Pacino/De Niro epic Heat, as a white supremacist in TV show Sons Of Anarchy and cop in action blockbuster Bad Boys II, Rollins has also taken centre stage in the under-appreciated The Devil’s Tomb while he fought off cannibals in slasher Wrong Turn II: Dead End.

Best known for his brilliant stint as imprisoned white supremacist (another one) in Sons Of Anarchy, Manson also has a number of roles in smaller films such as horror flick Rise: Blood Hunter. Sadly it looks like his title role in long-muted Phantasmagoria: The Visions Of Lewis Carroll will never see the light of day after 12 years of false starts.

Given his band’s penchant for chilling aesthetics and grotesque videos it’s unsurprising that Cradle Of Fear, the 2001 British horror film starring frontman Dani and featuring other band members in cameos, is a gruesome, blood-soaked homage to cult 1970s portmanteau frightfests. Dani’s murderous rampage as ‘The Man’ is not for the feint-hearted.

Describing his acting roles as more fart than art, the Tool frontman and wine connoisseur played Satan alongside Jello Biafra and Dee Dee Ramone in forgettable comedy Bikini Bandits, as well having a role Crank: High Voltage alongside Danny Lohner and Chester Bennington, albeit one too small to blame on the new Tool album’s prolonged gestation.

The nu metal king has spent some time both behind and in front of camera, directing Jesse Eisenberg and Ice Cube in the moderately well-received drama The Education Of Charlie Banks and The Longshots respectively, while trying his hand at acting in Sorry Haters and Population 436 – his 1.5 second long role in Zoolander probably doesn’t count.

One look at the videos from 2014’s landmark The Satanist is evidence that frontman Nergal is an aficionado of the darker side of cinema. His only acting role to date is in Polish time-travel comedy AmbaSSada, in which he plays Nazi foreign minister Joachim von Ribbentrop. We have no idea how good or funny it is, but this clip of Nergal and Hitler singing made us chortle

Another who has a string of cameos to his name (Little Nicky, Goldmember), the Prince Of Darkness has also lent his famous Brummie voice to Moulin Rouge and British 3D-animation Gnomeo & Juliet. Most interestingly, he starred in 1986 horror film Trick Or Treat with former tourmate Gene Simmons.

The Twisted Sister singer wrote, produced and starred in the low-budget horror Strangeland, based on the Horror-Teria (The Beginning) song from the band’s 1984 album Stay Hungry, with Dee himself taking on the role of the sinister Captain Howdy. On the other end of the scale, he’s also lent his voice to $billion Disney behemoth Frozen.

After garnering praise for his role in TV prison drama Oz as, you guessed it, a white supremacist, Evan landed roles in small films Angry Dogs, Kiss Me Now and Wizard Of Gore. However, his life outside of music is probably most notable for the pornographic films he’s made with ex-wife and adult star Tera Patrick.