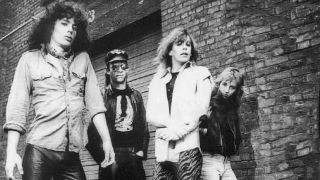 One of the most enduring and endearing traits about music is the cosmic connection between singer and fan. Is there anything more gratifying then hearing your rock idol say exactly what you’ve been thinking all along, through a rhyming couplet backed by a screaming guitar, no less? There is no way to overestimate the healing and restorative powers of music, and I would guess that millions of lives were literally saved by it. Rock singers are not gods, but they can be a conduit to something greater then the sum of their parts, that’s for sure.

On the street, Ian Astbury is just some middle-aged guy wearing sunglasses at night. On record, he was my drug and alcohol counsellor for the latter half of the 90s and there’s a decent chance I wouldn’t have made it here to bash Dokken without him. But that ability, to ‘reach down and lift the crowd up’ is not easy, and it does not come without consequence. I’ve written about TKO many times over the years and I sorta-expect each time that I’ll be preaching to the choir, that everyone will have gotten hip to Brad Sinsel by now, but so far that hasn’t happened. So lemme try again. Because here’s the thing: Brad Sinsel is one of the greatest hard rock singers of all time, and his two major bands, TKO and War Babies, are responsible for four of the greatest hard rock/pop metal records of all time, and the fact that this guy doesn’t have some kinda fucking bronze statue up in Seattle is a goddamn crime.

The thing that hits you right away when you hear TKO or the War Babies record is the dull ache in Sinsel’s bluesy rasp. That’s what gets you. Eddie Vedder and Chris Cornell did not invent that Northwestern edge of sadness in their deliveries, Sinsel did. Even in his most triumphant wreck-the-joint songs, he sounds like he’s still flashing back to a long-lost love or a hazy childhood memory.

During their mid 80s run TKO wrote songs about fucking and fighting just like everybody else, but Sinsel’s voice made it all human, smaller, more intimate. Like he was telling you a story one to one, and leaving in all the painful parts. Sinsel formed TKO in Yakima Washington in ‘77 after the implosion of his glam band Ze Whiz Kidz. They recorded their first album, Let It Roll, with Heart producer Mike Flicker, and released it on the MCA subdivision Infinity Records in ‘79. It doesn’t sound anything like the other TKO records, really.

While the next two plied glammy pop-metal, Let It Roll is very much a pre-metal AOR album, notable not only for the excellence of the songs – seriously, it’s wall-to-wall catchy, radio-ready shoulda-been hits – but for the powerful melancholy in Sinsel’s voice. Before we knew Seattle as the birthplace of grunge, we knew it was rainy and gray. And that’s exactly how Let It Roll sounds. The band had only been together two years but already Sinsel sounded world-weary, as evidenced by the lyrics of opener Rock N’ Roll Again: “And I know, we’re falling under, and you know it’s true, that you’re falling too”. And that’s their goddamn opener, man.

TKO’s storied history is too long, twisted and thorny to address here, but here’s a quick thumbnail version of what happened next. TKO slogged it out in the clubs and on tour with bands like Cheap Trick and Van Halen and without any real success, members came and went. At the dawn of the 80s Adam Brenner joined and he and Sinsel wrote TKO’s second album, In Your Face, in 1981. In Your Face was a proto-flash metal album full of spit and swagger and high-flying, acrobatic guitars that would have melted brains if it was released when recorded.

But it wasn’t. They could not find a label to release it and Brenner left to become Adam Bomb, which is a whole ‘nother Flash Metal Suicide completely. It took TKO another three years just to land a goddamn record deal. They went with Combat, home of crossover metal acts like Nuclear Assault, Agnostic Front and Crumbsuckers, who naturally had no idea how to market a pop metal band. And so the long and painful slog continued through the third TKO album, 1986’s Below the Belt, and their inevitable demise later that year. Sinsel rallied with the very TKO-esque War Babies album in 1991, but we’ve talked enough about the glam bloodbath of ‘91 to know how that story goes.

But none of that is Sinsel’s fault and the music has lost none of it’s luster over the years. Sure, the template was rooted in the 70s and the production is on the latter two TKO albums sounds like the work of a guitar-shredding speedfreak but the songs are fantastic and Sinsel’s vocals are so arresting and authentic that it continues to mystify me how they are not lauded as Seattle’s true cult heroes.

The good news is that Sinsel’s not dead. He’s around. You can buy his records and let him know how good they are. And they are, man. They really are.

Next week: Fire and Gasoline