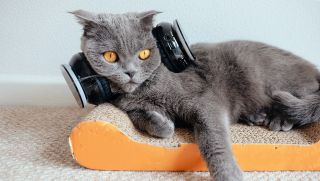 So you’re thinking about buying a new pair of the best headphones and are toying with the idea of cutting the cord. But, you’ve heard that even the best wireless headphones don’t sound as good as their plugged-in counterparts. Can the convenience really be worth it if the sound quality suffers?

Without wanting to get too techy, we’re here to dispel a few myths about wireless tech and help you to make the right decision when it comes to buying a new pair of headphones.

Pretty much every pair of cans, including the best budget wireless headphones, you’ll find on sale these days uses Bluetooth to connect to your phone. Bluetooth was originally designed to send small chunks of data from one device to another, but as our phones have become capable of doing more stuff, the demands on Bluetooth have increased. In other words, the tech has come a long way since it was used primarily for taxi drivers to hook up their hands-free headsets.

So what’s the Bluetooth chip in your phone capable of today?

While it’s not yet able to stream video, the latest version of Bluetooth is more than capable of streaming high-quality audio, it just depends what you mean by high quality.

If you break it down to pure numbers, the amount of data Bluetooth 5.0 can send and receive is lower than a wired connection, meaning it’s technically inferior to plugging in. As usual, the reality is a little more complicated than that.

Bluetooth relies on compression to work, meaning it cuts out some parts of the audio signal that are deemed unnecessary. MP3s work in the same way, removing the parts of the frequency that human ears can’t hear. That means for most people, the difference in sound quality will be barely perceptible.

There are certain versions of Bluetooth that claim to sound better, such as aptX, which maintains the entire frequency range of the track when it’s being compressed, but you need to make sure both your headphones and the device playing the song are designed to work with aptX, otherwise it’ll have no effect.

The connection between the device and the headphones, whether it’s wired or wireless, is also just one part of the story. Having a wire just removes one potential area of weakness, it doesn’t mean a pair of headphones will automatically sound better than all wireless ones.

When it comes to audio there are many more variables that affect how something sounds, not least the ears that you’re using to listen. It also depends on the quality of the audio file you’re playing and what device you’re playing it on, not to mention how well the song was recorded in the first place. If any parts of this supply chain are substandard, the song’s not going to sound as good as it could.

Chances are, though, you’re interested in a pair of wireless headphones for reasons of convenience. When you use them you won’t be sitting in a quiet, acoustically neutral room, but on a noisy train carriage or walking down a busy street. In those kind of environments it’s unlikely you’d be able to appreciate subtle differences in sound quality anyway.

In these kind of everyday situations, the reliability of the signal is likely to be just as important as the quality of music it can deliver. It could be streaming every single note in perfect clarity, but if the sound keeps dropping out, that won’t mean a thing.

Yes, on paper and in controlled conditions a wired connection will offer better sound quality and a more stable signal, but you don’t listen to music on paper, do you?

The other type of headphone you need to think about when listening to music while traveling or commuting is noise-cancelling headphones, which mask background noise and chatter so you can enjoy your music much more.