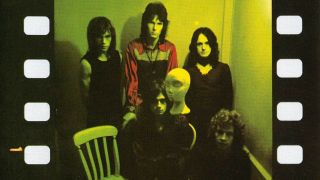 YES – Yours Is No Disgrace

From The Yes Album, this shows Squire’s ability to provide Steve Howe with a platform for his virtuosity.

From the Fragile album, here Squire displays his all‑round musical ability as he cohesively dips into many different styles.

From the Fish Out Of Water album. Not only does Squire provide striding basslines, but also 12-string guitar and compulsive vocals.

YES – The Gates Of Delirium

From the Relayer album, this epic track gives Squire the chance to let his imagination run gloriously rampant.

YES – On The Silent Wings Of Freedom

From the Tormato album, this has one of Squire’s most enduing and memorable riffs.

XYZ – Can You See

A demo, but one that highlighted this band’s potential, with Squire’s rolling bass and pleasant vocals proving invaluable.

CHRIS SQUIRE AND ALAN WHITE – Run With The Fox

It might have been a Christmas single, but this avoids the traditional clichéd traps and trappings.

From the 90125 album, this is a blazing instrumental, with Squire showing the thrilling appeal of a bare-knuckle bass performance.

SQUACKETT – A Life Within A Day

The title track from the album A Life Within A Day, this has irresistible, sophisticated impact.