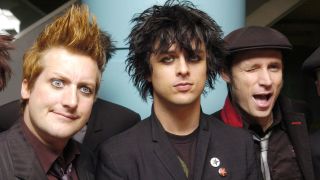 Fourteen years ago, Green Day topped the UK album charts with American Idiot, which means it's almost 14 years ago to this day that I stopped giving a shit about Green Day.

This has nothing to do with the fact that the album topped the charts: Slipknot’s Iowa got to Number 1 and is still staggeringly brilliant. This has to do with what the East Bay punks became.

Back in the midsts of 2004 I was 15 and going through that typical ‘Screw everything/stick it to The Man’ phase that Green Day were very much a part of. Albums like Dookie and Nimrod were on regular rotation, Hell, even Warning had some moments (who hasn’t drunkenly danced to Minority at their local rock club?). I was the target audience for this record and I waited with open ears for it and headed to the nearest HMV (remember them?) to buy it on the day of release.

I seem to have bought a U2 record by mistake.

No, that’s definitely Billie Joe’s voice, only with all the fun surgically removed. Suddenly Green Day – a band named after their love of weed – had turned serious. Gone were the lazy Sunday sessions of chilling out to sounds of sunshine American punk rock, now I was faced with three men telling me just how fucked up the world around me really is. Oh goodie.

I severely doubt many Green Day fans were listening to the words “Am I just paranoid? Am I just stoned?” while contemplating the impending collapse of the financial system or “Cold turkey’s getting stale, tonight I’m eating crow. Fermented salmonella poison oak no,” while musing over the negatives of America invading Iraq. American Idiot was the U-Turn to end all U-Turns: your Sat-Nav would start crying if you tried pulling this move off. And that’s what grated on me, it wasn’t even a bad album, it was nothing more than an attempt to make some money and become a stadium rock band. If Green Day came out and wrote Warning v2 then sure, they wouldn’t have been overnight rock sensations, but at least they’d still have their punk credibility in tact. I’m more than happy to admit some of my favourite bands have released some bobbins records but they’ve remained true to form throughout and not compromised their initial integrity. But it felt like Green Day saw the opportunity of an easy buck for writing some pseudo-political nonsense and acting like they’re gonna change the world. Where on Earth had this come from? None of the original members had left, there was no new ‘creative force’ involved in the songwriting process, they just signed up the No Fun Club and have remained there ever since.

Like I say, musically as an album, it’s not bad. The production pisses all over the previous full-lengths and everyone in Green Day is integral to the sound – but it’s the sound of a broken promise. The sound of teenagers across the world collectively asking “What the hell is this?” when Billy sings about going for a nap during September.

Of course I’m quite possibly in the minority on this as American Idiot is the band’s second best selling album after Dookie and it seemed the world and its mum found solace on the Boulevard Of Broken Dreams, but maybe these people liked being reminded of how bleak life is. Personally, as an angsty teen (and GD’s target audience), music was a form of escapism to forget about that bullshit. Instead Green Day were happy to ram it down your throat like er, Ron Jeremy with a sociology diploma.

And in true punk rock fashion they’d wheel out the vaguest attempts at being political at every possible juncture. It was almost Moby – Play levels of cashing in with five official singles released and eventually having the whole shit-fest turned into a ‘rock opera’. But maybe this is what the trio were really striving for when they wrote Welcome To Paradise? Perhaps the red and black wristbands, the heart-shaped grenades, the guy-liner, the jet black hair were all laying dormant and waiting for the opportune moment (coincidentally a few months after My Chem released Three Cheers For Sweet Revenge).

But one fact remains the same, the Green Day I loved are not the Green Day touring today. And I’m very confident that if they stuck to their guns and released another Dookie or Insomniac my love of punk rock would have grown exponentially. Instead I was left with Offspring and Good Charlotte – and who wants that?