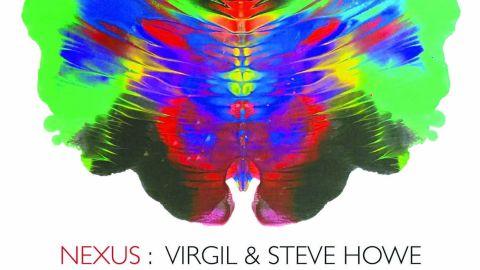 As son of Yes guitarist Steve, Virgil Howe was born into a house full of music, tinkering on his dad’s synth at four, learning multiple instruments as he grew up and destined to follow in his father’s footsteps. By 18 he was playing keyboards on Steve’s 1993 solo set The Grand Scheme Of Things, 10 years later recording Elements as a member of dad’s Remedy band, while giving Yes classics an electronic dance makeover on 2003’s Yes Remixes. This immensely popular force of nature then became an in-demand DJ and drummer, joining freakbeat rockers Little Barrie in 2008 while enjoying a multitude of collaborations and sessions.

Last year, Virgil and Steve decided to make an album together, just the two of them, with the former selecting tracks he composed on piano and sending them to his dad for guitar overdubs. Nexus was finished in August and being readied for release when Virgil died suddenly on September 11, shocking all who knew him and saddening the musical communities he moved so freely between. He was just 41.

InsideOut Records left the album’s fate to Steve, who decided to release it (with cover painting by Virgil’s daughter Zuni). Modestly, he says the album “contains 11 of his tunes to which I added a guitar to suit each one”, adding how Nexus “explores a completely different side of Virgil’s ability, as a writer and keyboard player”. Steve rises to embellish his son’s haunting, often melancholy piano melodies like an artist shading a painting, whether using subtle mood-enhancing strokes or adding his customary six-string skyscrapers. The telepathic creative bond is tangible as the pair move fluidly between the chamber intimacy of the stately title track through Hidden Planet’s glacial space prog, the cosmic funk of Night Hawk, Dawn Mission’s warm electronic loops or the sweepingly futuristic Moon Rising, which recalls Giorgio Moroder’s evocative 70s soundtracks. The twinkling sigh of Nick’s Star is Virgil’s tribute to best friend Nick Hirsch, singer-guitarist in their bands the Dirty Feel and The Killer Meters, who passed away in 2012. The album ends with Astral Plane and Infinite Space, deep space reveries bathed in brilliant luminescence.

Unsurprisingly, every track now drips with an extra poignancy that must have been almost unbearable for Steve to revisit but, as he says, he needed to provide “a fitting tribute to his son’s life and legacy”. By releasing this final joint project, that consolidated their bond while suggesting so many great things that can now never happen, Steve has given Virgil a suitable eternal memorial, which crucially would have stood tall whatever the circumstances.