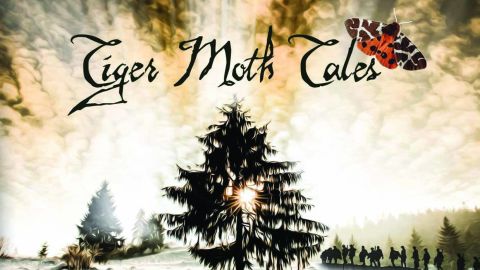 Ah, winter! Season of ice, snow and fairy lights. A time to wrap up warm, drink comforting beverages and listen to cheering music. Prog has produced many wintry offerings over the decades, not least from the likes of Tull, and Genesis in Trespass mode. Now Pete Jones, also known as Tiger Moth Tales, has brought his burgeoning talent to prog’s frostier reaches.

2013’s debut Cocoon set the bar high for Jones. The Depths Of Winter not only develops Tiger Moth Tales’ Genesis-influenced sound, but works its hibernal themes to the fullest. Not only do we get references to Game Of Thrones’ most famous catchphrase, but there’s a cutesy seasonal offering, Sleigh Ride, and a tune devoted to Denmark’s world‑conquering cosy concept, Hygge.

There are tributes to Genesis, Barclay James Harvest and Animals-era Floyd, for starters. It also has one of the finest guitar wig‑outs, from Maschine’s Luke Machin, you’re likely to hear for years. If it were mere pastiche, that would be fine. What takes it to another level is Jones’ capacity to weave these influences into his own sound.

Another epic is Exposure, which takes Jones’ love of classic connections deeper. In both its sweet guitar soloing and it handling of war themes, it bears comparison to Steve Hackett’s exploration of World War One ideas on Spectral Mornings. There have been a lot of musical takes on the famous 1914 Christmas Truce, but Jones’ is right up there.

The Depths… is incredibly rich, with four songs at least nine minutes long. Admittedly, Sleigh Ride is a bit throwaway compared to the rest, though it does showcase Jones’ vibrato tekkers, but his passion and precision saturate everything. The Tears of Frigga uses every part of its 11 minutes to create a magical world. Chimes, sleigh bells and the shiniest techniques in the seasonal armoury are used to conjure the wintry theme, but Jones resists tacky tinsel.

Recent years have seen a renaissance in bands exploring the classic sounds of prog, from Big Big Train to Damanek. The Depths Of Winter confirms that Tiger Moth Tales have every right to be mentioned alongside the best of them.