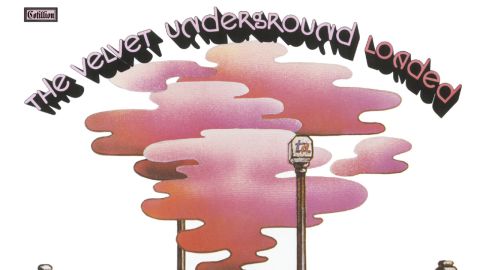 Released in late 1970, the Velvets’ fourth album was so-called because paymasters Cotillion Records expected an album “loaded” with hits. What they got was an almost radio-friendly masterpiece – Sweet Jane and Rock & Roll – many people’s favourite from Lou Reed, Doug Yule, Sterling Morrison, but not drummer Moe Tucker, absent on maternity leave.

Continuing the Velvets’ reissue programme this six-CD set enhances the legend even if much of the material is available on Fully Loaded. Beside remastered stereo and mono mixes, oodles of demos and outtakes like Oh Gin and Ocean, both later recycled by Reed, there’s also a tweaked Live At Max’s Kansas City, taped for posterity by Andy Warhol’s “Dragon at the Gate” Brigid Polk. Ho hum.

Loaded on its own usually suffices but the addition of a fan-recorded Live At Second Fret, Philadelphia (circa May 1970), provides context while stripping away the light touch and bursts of Brill Building and barbershop so integral to the main event.

Needless to say Loaded was recorded in a state of upheaval with Yule masterminding most of the proceedings once Atlantic staffer Geoffrey Haslam replaced producer Adrian Barber, the man who’d recorded The Beatles at the Star Club. The frequently beleaguered Morrison was often AWOL, studying at City College, NYC.

So, this is the Lou and Doug Show, accompanied by Jack, Jane, Ginny, Ginger, Jimmy, Polly May, Joanna Love, the timeless fragility of Who Loves The Sun and the scorching Head Held High. It’s not over ‘til the fat blonde actress sings.