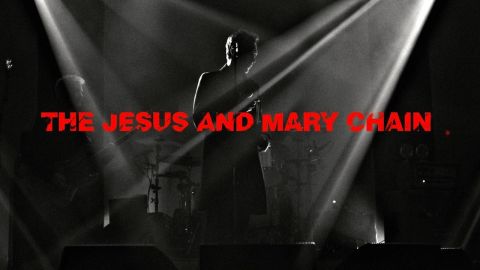 Though they leave the stage after barely 27 minutes and just sevensongs, just like they used to in 1984, no one riots.

The Glasgow Barrowlands crowd of November 2014, recorded here, know that these authentically scrappy squeals through Head On, April Skies, Upside Down and a virulent Reverence – Jim Reid snarling like a suicidal biker king, William Reid picking out awkward, angular riffs like he hasn’t practised guitar since 1983 – are but a prequel to the main event.

The Jesus And Mary Chain have been touring their seminal 1985 debut album Psychocandy in full as the second part of their set, and though the vocals are inevitably higher in the mix and less buried beneath the metallic scree, this feedback-drenched Wall Of Sound classic still packs a brain-scouring wallop.

The Velvets-sleepily-do-The Ronettes drawl of Just Like Honey is a sweet-toothed false start – echoed later in Cut Dead and Sowing Seeds – giving way to nuclear squalls of screaming phantom guitars on The Living End, Taste The Floor and Never Understand that could, if condensed into pesticidal spray form, be used to wipe out Japanese knotweed.

Motorbikes are worshipped, existential despair is indulged, foul violence committed on Taste Of Cindy and 50s dancehalls are smashed to buggery by this punk Riot Club. Capped by the sublime You Trip Me Up, even in 2014 Psychocandy was a visceral burn around the very edge of listenability./o:p