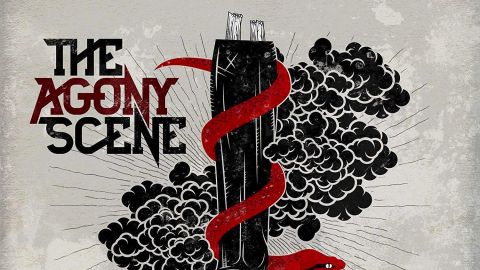 1. Awakening
2. Hand Of The Divine
3. Like The Weeds In The Field
4. The Ascent And Decline
5. The Submissive
6. The Apostate
7. Mouthpiece
8. Tormentor
9. Serpent's Tongue
10. Mechanical Breath

The metalcore landscape has changed dramatically since The Agony Scene called it a day in 2008.

Despite reuniting and touring over the last few years, Tormentor marks their first new material in over a decade, and while Mike Williams’ larynx-shredding vocals remain a piercing focus, the songs have evolved from competitive run-of-the-mill stompers to fully formed beasts.

Shorn of yesteryear’s ’core-isms, Tormentor rips with vicious licks and blasts of extremity straight from the ugly thrash stampede of Hand Of The Divine onwards.

Favouring uncomfortable atmospheres over breakdowns and choruses, the likes of the swirling Like The Weeds In The Field and melodic death metal march of The Ascent And Decline are the sound of a band revitalised.

A few similar tempos result in a dip before Serpent’s Tongue lashes out, putting an exclamation point on an impressive resurrection.