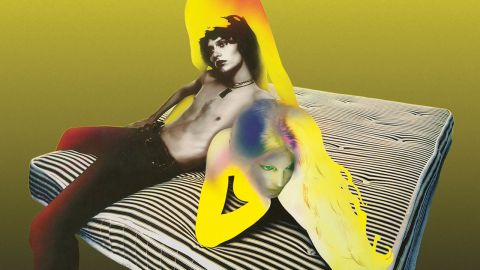 In 1996, Suede were starting to look like a spent force following their acrimonious split with guitarist Bernard Butler, the relative commercial failure of their dark masterpiece Dog Man Star and the dawning Britpop hegemony. Their defiant response was Coming Up, a chart-topping collection of rapturous glam-pop hits partly inspired by prime-time T.Rex. Two decades later, Suede’s biggest-selling album still stands up as a sumptuous long-form listening experience in this multi-disc expanded reissue.

The original album is ablaze with chemically boosted euphoria, glammed-up riffs, stack-heeled hooks and singalong Estuary English chorus chants. Romantic outsider anthems like Trash and The Beautiful Ones are full of ludicrous lines (‘shaking their bits to the hits’), but still energised and exultant and maddeningly addictive. Even the more melancholy ballads By The Sea and The Chemistry Between Us are delivered with a regal, string-drenched swagger.

But the true test of Suede’s high quality standards are the expanded edition’s additional discs of B-sides, demos and alternative takes. Rare treasures here include the sublimely Bowie-esque This Time, the wry romantic ballad Sam and multiple versions of languid late-night synthscape Europe Is Our Playground, a JG Ballard novel condensed into five minutes of pulsing, shimmering, widescreen melodrama. There are generic makeweights here too, of course, but impressively few.