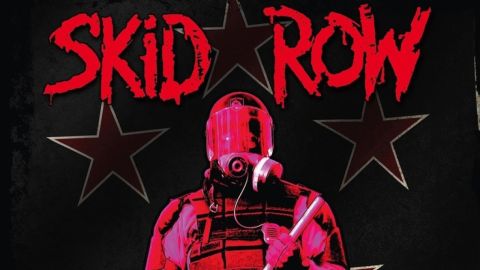 Just as Skid Row’s sleaze soundscape topped the US charts circa the early 90s, they fired singer Sebastian Bach, trading him in for the less seditious Johnny Solinger. Post-Bach, they haven’t managed to polish the same platinum-selling sheen as the group’s first two albums.

United World Rebellion: Chapter One is the band’s first release since 2006’s Revolutions Per Minute. The five-track EP is packaged with a special collector’s box, big enough to hold the CDs of Chapter Two and Chapter Three.

Gliding along at the pace of 1991’s Slave To The Grind, raucous opener Kings Of Demolition could easily be cut from Livin’ On A Chain Gang, and resurrecting riffs from one of the better places during the Bach-era, ballad This Is Killing Me worships at the altar of 1989’s I Remember You. In their own words: ‘Rebels we are. Fight we will. We are the United World Rebellion. And we are back.’